Saturdays Annual General Meeting was regarded by the committee as successful.

Since writing the President’s report Gary Brown agreed to stand again as President and was re elected with acclaim. The remaining committee members stood again and were re-elected. We were pleased to add to the committee Alasdair Keucke and Julian Proctor.

The committee is therefore

Simon Stewart was guest speaker and spoke of his PhD research. We are pleased that Simon has completed his study and we congratulated him. David Hamilton was Simon’s supervising Professor until he transferred to Griffith University in Queensland and Troy Baisden was then his supervising Professor. Troy attended with Simon and made a valuable contribution to the discussion. The power point presentation that Simon based his speech around is now on our website under key documents. Simon received help from a large group and some were at the meeting in support.

Gary thanked all and particularly the financial contributors, The Pharazyn Trust, Taupo District Council and the Department of Conservation who made the study possible.

Simon has made a major contribution to the understanding of the food web in Lake Taupo and has created a predictive model to forecast coming trends. With the new opportunity available to the Fishery manager trout catch numbers can be altered in line with the predicted numbers of fish in the lake.

A wet weekend, a full moon and a recreational release

After a pleasant spell of weather Saturday dawned wet and it was to be a wet weekend with 60mm of rain falling. This coincided with a recreational release which Genesis energy is required to do as one of its consent conditions in which the predicted flow would be 30 m3/s. This requires the gates at the Rangipo Dam to be part opened resulting in the release of sediment held behind the gates. Coupled with the high rainfall it was a very dirty river for the weekend. I wrote this last night nd did not check my facts. Cam Speedy of Genesis sent me the following email to clarify matters which I appreciate.

Just a point of clarification around the Tongariro Recreational Releases over the weekend.  The scheduled Rec Releases were for Saturday from Poutu Intake (which went ahead) and on Sunday from Rangipo Dam.  The Rangipo release on Sunday was cancelled because of the heavy rain and the lack of ability to control the water flows, thereby allowing the delivery of a known quantum of water.   Rangipo Rec Releases are achieved by spilling at the Rangipo Dam, not by opening up the sluice gates.  Sluicing sediment from the Dam requires a specific set criteria to be met and those criteria were not met on Sunday, so the sluice gates were not opened.  The dirty water is, we think, a result of some slips in the headwaters of the Waihohonu River and Mangatoetoenui, which have (naturally) been adding a large sediment load to the river for the past couple of months.  There is a helicopter flight today, in fact, to help understand why the sediment load of these tributaries continues to be so high.

The Hydro Pool area was planted the previous Friday. With pleasant weather a total of 1280 trees were planted. Subsequent rainfall has been beneficial giving the plants a good start. This project was initiated by Project Tongariro and the Advocates key contribution was to buy the plants and assist with the planting. We had a small force that turned out to assist there being a total of 25 who turned out on the day. Fallen Tree blocks access to the Reed but is quickly cleared 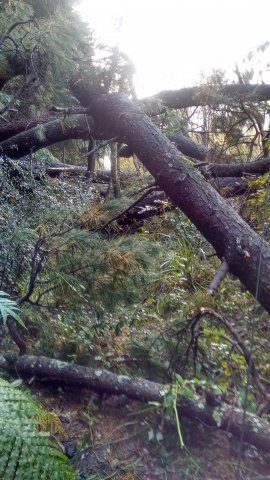 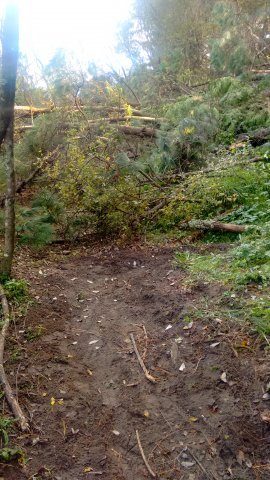 On Thursday 26th April a very large pine tree fell across the track leading to the Reed Pool. A text to Dave Conley was reassuring that the track would be cleared the following week.

Angler initiative quickly created a track up to the base of the tree and round it. I was quite happy that this remain so as to make the track unattractive to the dirt bikers who revel in using the track and damaging it in the process.

The temporary track revealed the difficulty to deal with the many branches of the tree laying over the track.

True to his word, the fishery team had the track reinstated today.

I can only hope that the branches cut from the tree lying on the river bank will not be swept into the river in the next flood. None the less i congratulate DOC on its quick action.

WRC work finished till next summer

Waikato Regional Council had a brief window of time to do protection work for the revetment on the right bank of the Bridge pool. This work was completed on Friday 27th April. 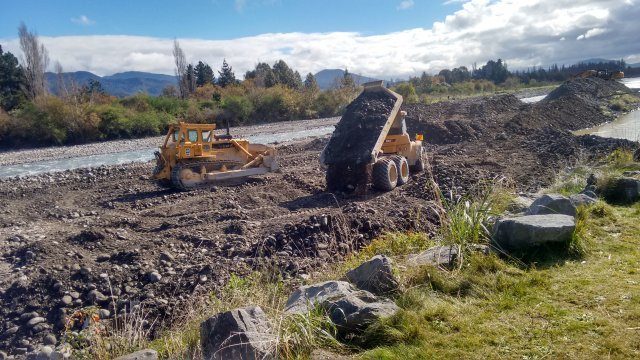 The small water filled area at the tail of the work against the revetment occurred because there was insufficient gravel. The increased flow in the weekend shows that the work stood up to the small increase in flow.

On the last day in April which was the last day for work gravel in the river beach at the Bain Pool was lowered to create a better flood flow with an aim to avoid further flooding of the properties on Graces Road which had been flooded in the January flood  this year when the flood waters reached approximately 750 m3/s.

Despite the river work the fishing was unaffected. This is the early part of the spawning runs but the fishing picked up last week as can be seen by this photo.

I fished with others the lower reaches on Friday. 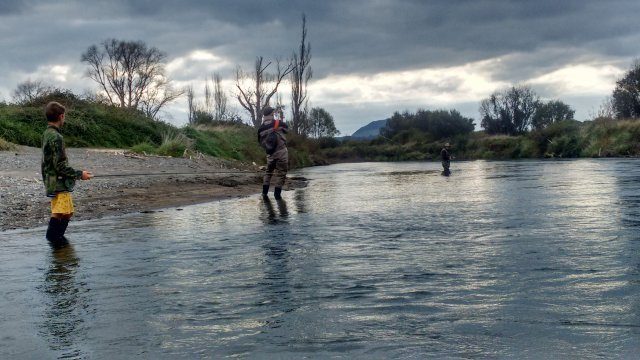 Mike Forret with his Skagit fishing gear had a very successful time catching a Brown Trout and a Rainbow Trout and hooking 3 others.

My grandson had a wonderful time getting his line out and catching his very first Tongariro River trout.

The best of the fishing was the quality of the fish being caught. Most anglers enjoy taking trout of this quality. 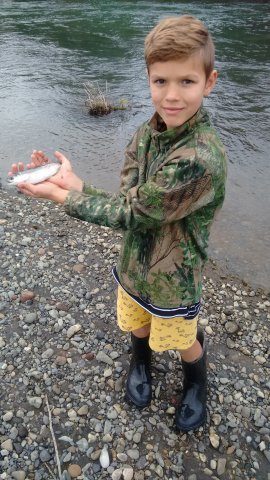 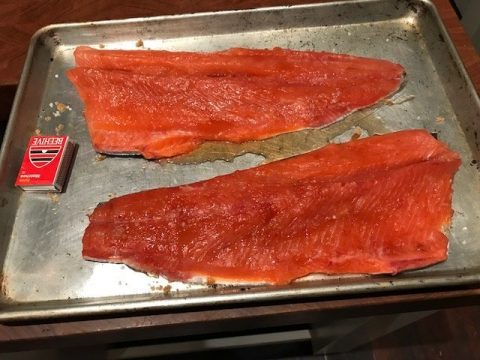