The flood had a good clean out of the river but a lot of debris left at the delta. Upstream of 1 km from the lake there was minimal change.

After a pleasant spell of warm weather it has rained most of the day and is, as I write this blog.

Genesis Energy have upgraded their website. Access for rainfall and flow rate for the Tongariro River is there still but if you have this link saved to your computer or cell phone as I do then you will need to re save if you haven’t already done so.  To save go to

Genesis will be undertaking an inspection of the Moawhango-Tongariro Tunnel during which time no water will be diverted through Rangipo Power Station. Flows will be higher in the Tongariro River between Rangipo Dam and Poutu Intake. Flows will also be higher below Waihohonu Intake.

The work is planned from: Monday 19th March until Saturday 24th March 2018

Whilst the works are planned to be finished by Saturday 24th March, they may continue after this date for a short period if maintenance is required. Please be aware that the flows are subject to natural fluctuation (e.g. weather events). Please feel free to share this information with other river users (i.e. via website or social media pages).

If you have any questions or require further information, please contact Chris Ormandy on 07 384 7209 or [email protected].

There have been lovely sunsets in the evening. Autumn is the best of the seasons. 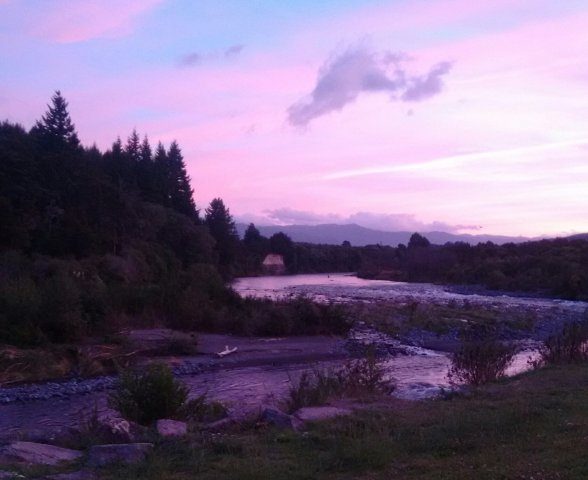 The fish are starting to gather at the river mouths but there seems to be little activity on the Tongariro at least by my observation and experience last evening. Small fish were leaping and gave a bite on the line but that was it. As I walked downstream at about 7.00 pm 3 anglers were leaving. All said they had caught fish but none were carrying fish.

I cycled the Tongariro River Trail on Monday. It was good to see the track clearing in evidence. It is the normal pattern for tracks to be cleared  by Easter.  Blackberry is prolific and berries are red with an occasional ripe one and will be ready shortly.

I was asked what was happening with road warnings in the area of NTC. A new point 100 meters south of the previous entry has been developed. The old entry point was incredibly dangerous as it was in a gully between two hills in the road giving very limited visibility in an open road zone. 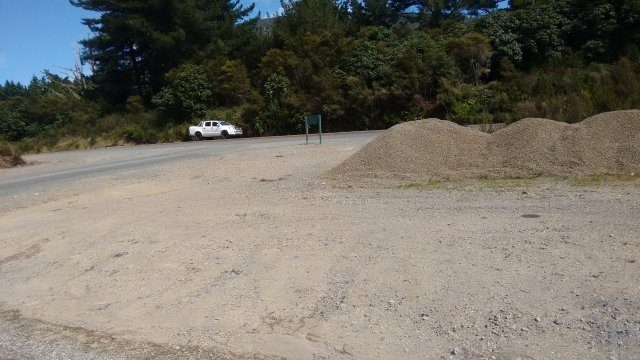 DOC including DOC fishery are now located in the old Taupo District Council offices next to the Turangi Library. I have not been in to the building since DOC took up the space but staff are very pleased with it.

As a community Rep on the Waikato Regional Council, Taupo Zone Committee I attended the meeting on 1 March.

The development of the Long Term Plan; Council has the difficult decision to make between Biosecurity demands and raising rates. It is always to be remembered that the money Council has to satisfy its ratepayers comes from ratepayers. Biosecurity issues include the developing spread of Wallabies, Kauri dieback, Alligator weed and yellow flag iris, velvet leaf old man’s beard and climbing spindleberry, Wilding pine among other key concerns. As an aside, a friend has ordered a new Japanese vehicle. The car nearly arrived but returned because of brown marmorated stink bugs being found on the ship. It is the potential loss for NZ that demands action. I think that Turangi ratepayers will probably see a rise in WRC rates.

Sue Yerex advised that a new strain of rabbit virus had been relesed by WRC with the nearest release to the Tongariro River Catchment being at Kuratau/Omori area. Maybe the virus will be carried into this catchment.

New rabbit virus to be released in parts of the Waikato

Waikato Regional Council will be releasing a virus to reduce the significant environmental and agricultural impacts of wild rabbits in some parts of the region.

It follows a decision by the Ministry for Primary Industries last week to grant approvals to Environment Canterbury, on behalf of a national consortium of agencies, for the importation and release of the new rabbit haemorrhagic virus disease strain, RHDV1 K5.

This is not a new virus. It is a Korean strain of the existing RHDV1 virus already widespread in New Zealand and only affects the European rabbit. RHDV1 K5 was selected for release because it can better overcome the protective effects of the benign calicivirus (RCA-A1), which occurs naturally in wild rabbit populations in New Zealand.

Biosecurity pest animals team leader Brett Bailey said: “This is not a silver bullet, but this new strain of virus is expected to support other control methods and help manage rabbits in areas where there are large populations of this pest.

Rabbits contribute to erosion and undermine buildings with their burrowing, and they affect dune restoration and native restoration programmes too.

“Now’s the optimum time to act, and we aim to have the release completed by the end of April. We’ve been working closely with local councils, as well as the Department of Conservation, to identify the best areas in our region to carry out the initial release.”

In the Waikato, the virus will be released at sites in Pauanui, Whangamata, Thames, Matarangi, Hamilton, Cambridge, Taupō, Kuratau and Kinloch.

Mr Bailey said the council is aware of the conditions in the approval and will work to ensure they are met and effectively enforced. He said the release of the virus would be carried out by experienced contractors.

“The virus is specific to rabbits. Humans and other animals won’t be affected if they accidentally come into contact with carrots treated with the virus or the carcasses of rabbits killed by the virus,” he said.

A vaccine (Cylap) is available in New Zealand which has been helping to protect rabbits from the current RHDV1 for many years. Studies undertaken by the Australian government indicate that this vaccine will help protect pet and farmed rabbits against the RHDV1 K5 strain.

Pet rabbit owners are advised to talk to their local veterinarian to ensure their rabbits have the best protection available. Zoetis, the manufacturer of the vaccine, has confirmed that additional vaccine supplies have been made available in New Zealand for the release.

Our membership is vital. Thank you for those who have renewed their membership for 2017 and to those intending to get subscriptions to us shortly. Welcome to new members.

A reminder that the AGM is  on 28th April. Our Annual Report should be emailed on Sunday 19th March with all the information. We would welcome nominations for new committee members. We look forward to meeting as many of you as can make it.