Our last committee meeting 10 days ago, getting the Annual Report prepared and distributed, attending the public meeting in Taupo addressed by the Hon.Nick Smith on the National policy on Freshwater and involvement in discussion with Todd Baldwin of WRC, Michel Dedual of Dept of Conservation (DOC) have occupied my time in recent days. The latter has been an exciting aspect of the week which I will leave to last.

I am pleased that the Annual Report has gone out to members and that subscriptions and donations are already being received and sincere thanks to those who have paid so quickly. We will implement the invoicing system for subscriptions within the next month. I have often been asked “Have I paid?” Invoicing will enable an easier response.

The venue for the Annual meeting has been booked at the National Trout Centre School room for a 10.00am start on Saturday the 27th May.

We currently have a committee of 10 and a provision for 14. We would be pleased if you would allow yourself to be nominated to the committee. We meet approximately 6 times a year. We use email as a means of discussing issues and actions when necessary between meetings and key mail is emailed to committee members when received  to keep them up to date.

This letter appeared in the Taupo Times April 22 2006. The letter is written byDr Jan Wright, the Parliamentary Commissioner for the Environment. 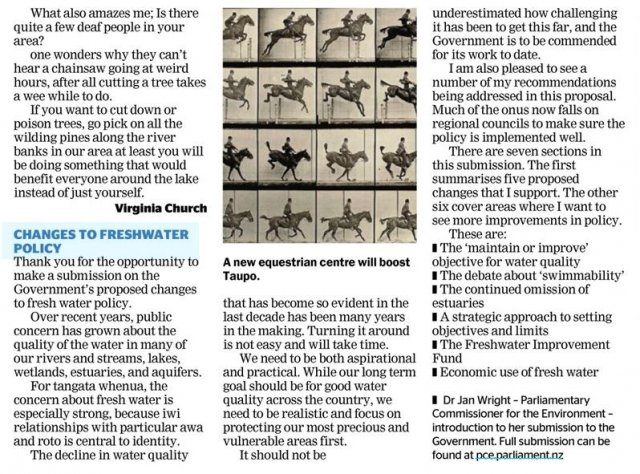 As a result of attending the meet

700 float]ing with the Environment Minister I received this email advising that submissions can be made up to Tuesday.

Thank you for your interest in the issue of freshwater management.   I am writing to let you know that submissions can be made until Tuesday 26 April at www.mfe.govt.nz/consultation/next-steps-fresh-water.

Anglers will be concerned at the deteriorating water quality around the country. At this time my opinion is that the water quality of the Tongariro River is good but it is an exception rather than the norm. I urge you at this late stage to write at least a sentence on what you think as your submission.

The loss of fishing water remedied.

The section of water from the Bain to the Reed has this year become a trickle. The reduced flow has resulted in a deposit of sand and silt at the top of the Reed. More than 70% of the river flow has by passed this part of the river to go down the unfishable cut. Our TFAC representative Richard Kemp brought this to the attention of TFAC and Michel Dedual (DOC) agreed that some action could be taken. Our President Gary Brown and Richard Kemp met with Todd Baldwin of Waikato Regional Council on Thursday 13th April and a proposal discussed. On Thursday 21st April Richard Kemp, Eric Wilson, Michel Dedual and Todd Baldwin again met and an action agreed to. Water is now flowing at more than 50% from the Bain through the Log Pool to the Reed Pool. Some barriers to the flow have been removed as these photos show.

Michel produced a series of maps which when placed over each other show that the river since 1947 has remained for most of its length in a stable river bed. Since the last map deLatours Bend has disappeared and there is the threat of the river breaking through from Downs Pool into Waihi Bay. The area of greatest change is the area from the Bridge Pool to the Reed Pool

The Bain as it was in 2013. Photo courtesy of Todd Baldwin. 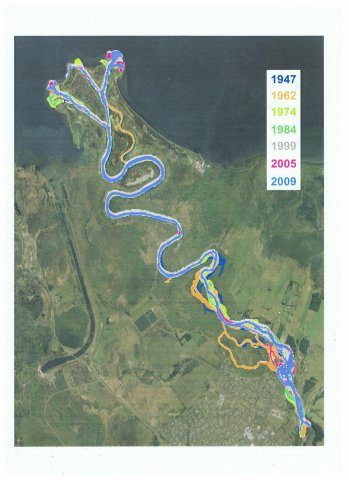 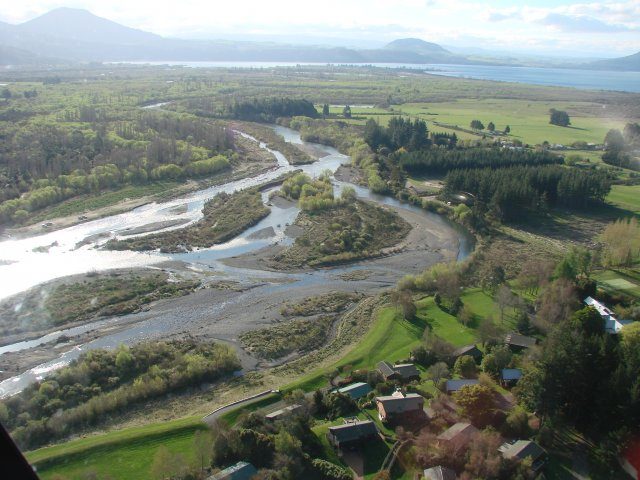 “The cut” was opened up to carry flood flow but was not intended to be the main flow in normal conditions.

Looking downstream from the Bain.

Looking upstream from the Reed Pool to the Log and Bain. 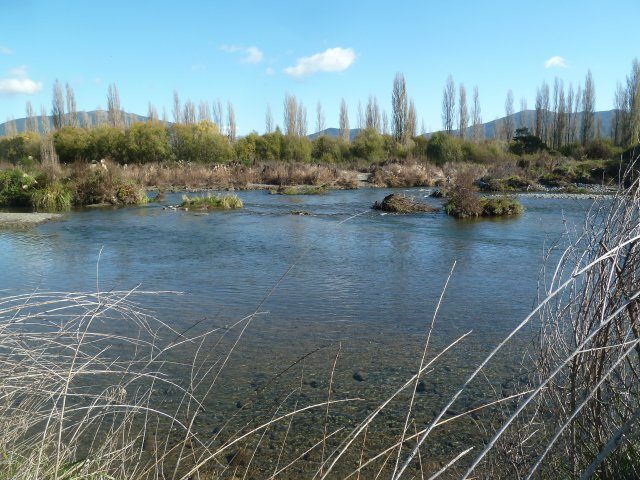 The logs and build up of debris removed from Shaws Reach or above the Log Pool. 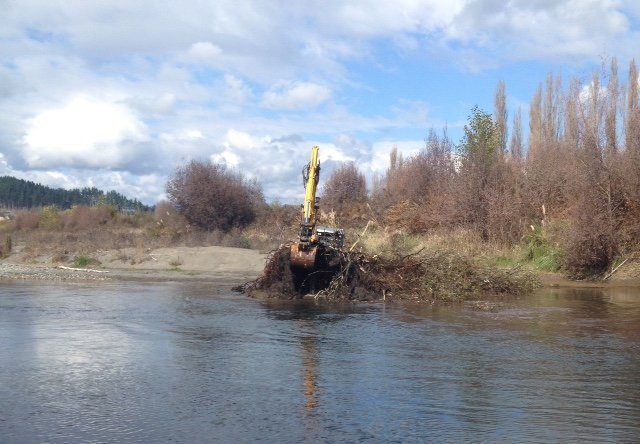 Removal of logs and accumulated debris at the entrance to the Bain. 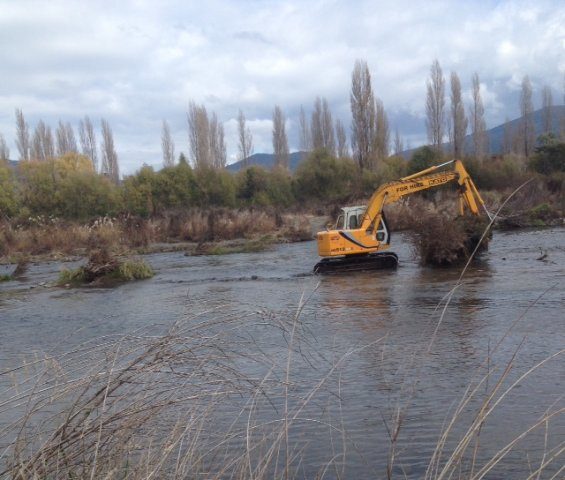 One of two very big Pine trees removed from the bottom of the Bain resulting in an immediate improvement in flow. 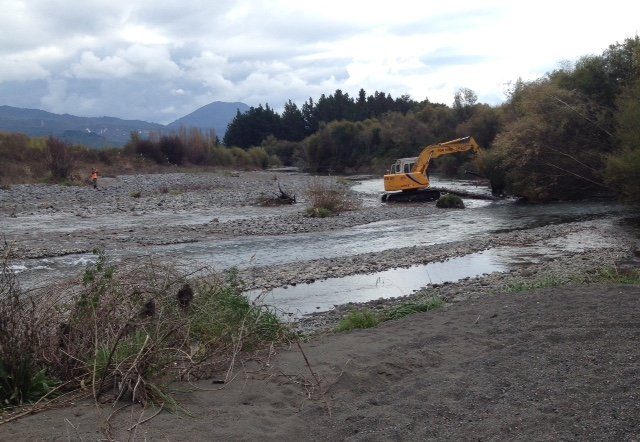 It was a pleasure to be involved in this exercise .

Vehicle access from Kohiniki Reserve is to be closed.

The actions of a few locals have caused authorities to close vehicle access downstream. The accessible area has become a rubbish dumping ground. DOC staff have cleaned up on a regular basis It has been an unpleasant task. Unfortunately all will pay the price for the selfish attitude of the few. It is in our hands to notify authorities when we see such activity happening.