The major event this week was last nights (14th March, 6.00 -8.00pm) public meeting organised by The Advocates For The Tongariro River about the proposed Carp Farm in Taupo.

The meeting attracted some 175 Taupo district residents and was chaired by our Deputy President, Warren Butterworth. 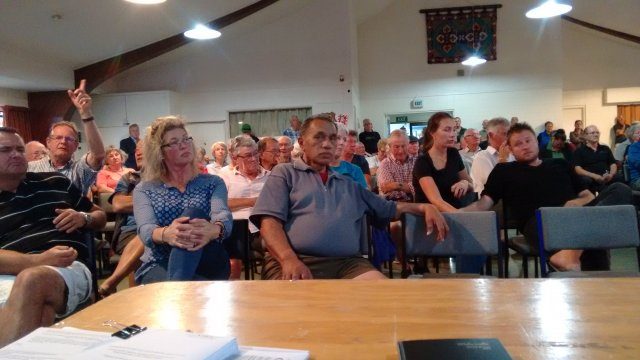 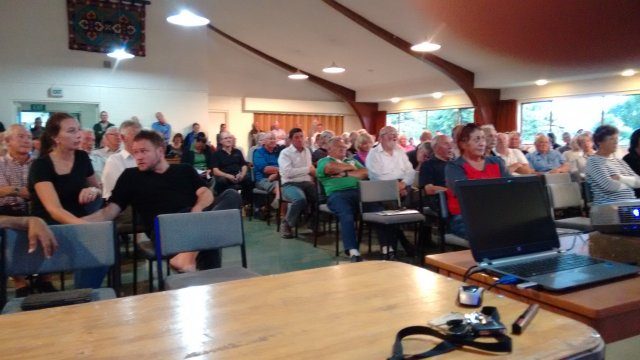 Paul Decker Of Mahurangi Technical Institute (MTI), Warkworth  showed photos of the two species, Grass carp and Silver Carp and gave a brief background of the species. He took pains to state that they were not Koi Carp, an acknowledged pest fish, and not Common Carp, the costly problem fish found in Australia.

Richard Clark of Golden Harvest was given the opportunity to explain the farm operation before the meeting was opened to questions from the floor. Richard’s website is http://rclark30.wix.com/goldenharvest  and covers the points he made in his introductory speech.

The key point in the questions was that of risk – that these species could get into Lake Taupo and into the Waikato River. Richard Clark, Paul Decker and Dr Tagried Kurwei stated that if they did neither species could breed and establish feral populations. The special breeding conditions of water temperature, eggs had to be carried in the water and could not touch the bottom, and the time needed for the eggs to hatch being temperature dependent made this impossible. This was countered by Professor Brendan Hicks of Waikato University (Lake Ecosystem Restoration New Zealand, Invasive Fish Control) who attended the meeting. He had reservations about the inability of these fish species breeding in the Waikato River. Professor Hicks view was supported by the meeting.

Among other matters raised in a robust meeting were that:

We can be very proud of the job done by the Chairman, Warren Butterworth, who had to deal with an involved audience and he handled the audience with calmness and fairness.

The meeting concluded with the motion :

This meeting RESOLVES that the Ministers of Primary Industries (Mr Nathan Guy) and Conservation (Ms Maggie Barry) and any other Government Departmental Heads concerned in carp farming BE ADVISED that it strongly opposes the establishment of a grass and silver carp aquatic farm in the Taupo District and that the Taupo District Council and Waikato Regional Council be asked to advocate its opposition to any such ventures on behalf of this meeting’s attendees and on behalf of other concerned residents and ratepayers AND that hapu of the District be consulted and informed by Council in respect of such projects.

The Resolution was passed by an overwhelming majority – there were several abstentions.

I conclude that the meeting was successful in that the people of the Taupo district have had their first opportunity to hear from the applicant and to question the applicant.