There were 3 key events in the last week.

Queen;s Birthday weekend brought a few more anglers to the river. It has been fairly quiet.

The second event was the closing of the Major Jones carpark and access to the Major Jones Bridge to allow the removal of the large Radiata Pine dangerously hanging out over the Tongariro River Trail. Judy Charlton kindly gave me the remaining photos of the whole exercise. 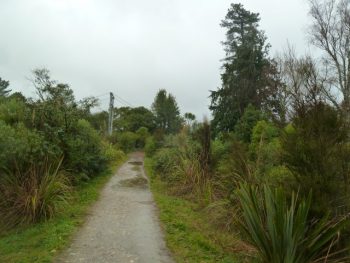 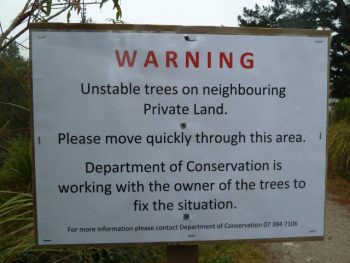 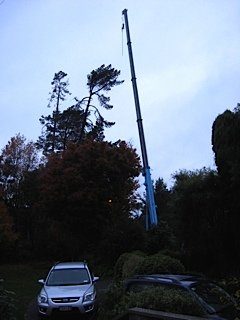 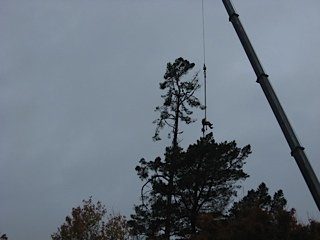 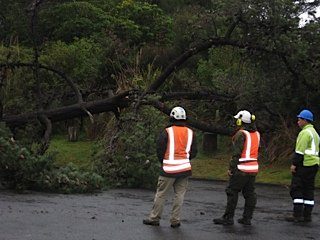 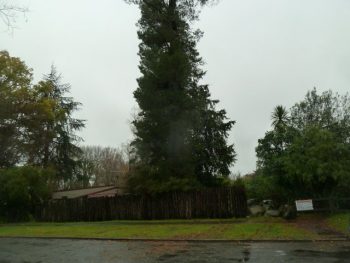 I applaud the agreement that led to the tree being felled as it posed a danger to all walking beneath it and because there was a chance that the Major Jones bridge would be damaged should the tree or its heavy limbs fall on the bridge.

Hopefully the inconvenience to any anglers wishing to use the car ark and or bridge were able to understand the need for this action.

The third issue of the week was a spectacular thunderstorm on Tuesday night accompanied by a deluge of rain that caused a flood of 259 cumecs on Wednesday night. The river was at 50 cumecs at 10.00am on Wednesday morning and it took until 1.00am Wednesday for the river to peak. I had reason to go to Taupo today and noted the rivers were dirty but that the Hatepe and Waitahanui were both fishable with anglers in abundance.

The Genesis graph shows  flow levels which as I write is 50 cumecs. Tonight there is a clear sky, getting cold from the Southerly and the fishing should be good this weekend.

Lastly I am saddened to report that there were some burglaries in the river area of town on Monday night. Two constables came to my home on Tuesday morning to advise of the nights activity. Their message was simply that if you are a victim, see or hear  suspicious activity ring 111. I am aware that from time to time anglers vehicles are .interferred with (broken into) and contents stolen. Our small Police Force does its best to attend all incidents in a very large area. 111 means that the call is logged along with the location and that is helpful.