At mid day, today in Turangi, it is 3 degrees and overcast. It did manage 5 degrees later in the day. The previous two days have been beautiful clear days but again the thermometer struggled to reach 5 degrees during the day. It’s cold.

There are a few more anglers around and I have seen someone with a fish each day but most are walking back without fish. The fish I have seen are well conditioned and good size. My walk along the left bank from the Lower Bridge Pool to the Hirangi stream had no one fishing at 2.00pm but on my return there were 7 fishing this stretch of water. 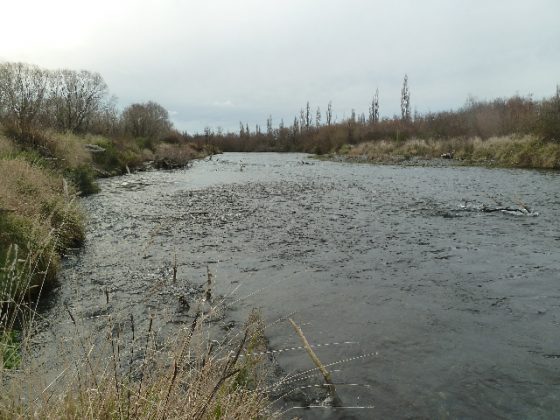 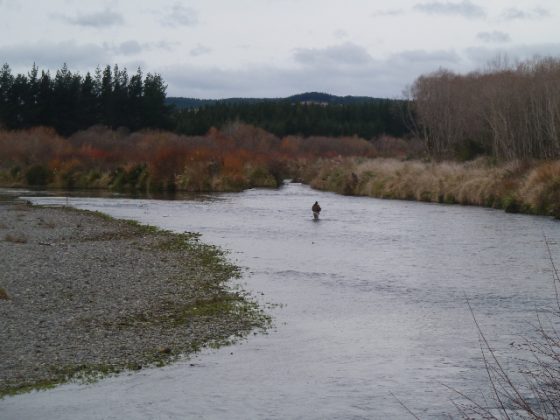 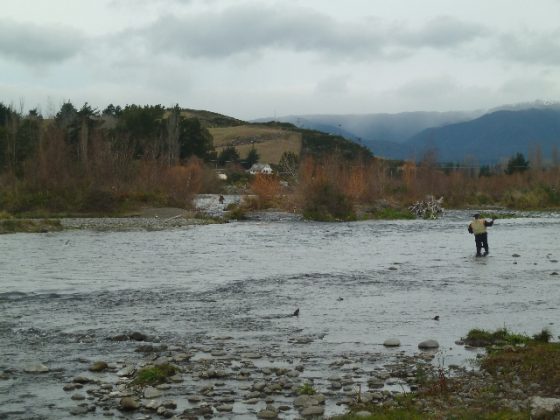 I spoke with Dave Lumley,  the fishery manager during the week who told me that there are good fish coming from lower down the river, nearer the mouth than Grace’s Pool. It involves a bit of a walk to get there.

I finally made the effort to get to the Log Pool yesterday by walking across from the Right bank of the Upper Log Pool. The Log Pool has been good fishing for me over the last 5 years but I found the walk across hazardous, the current a bit too strong. The run down the pool is lovely fishing water, an ideal cover of stones and few snags but I did lose a fly in the willows on the opposite bank. The water here is running quite fast. The tail of the pool is covered in silt and snags where in previous years it has been quite productive.

The flow in the lower  river is a bit faster than previous years. With my wet line I have been pulling up a lot of debris but not losing as many flies as earlier in the month. The snags are still small twigs buried in the stones. The work on the river banks last year has brought about the increased flow. Despite not having a decent sized flood in the last 12 months there is some evidence of bank erosion starting the reshaping of the river channel. The section of river from Delatours bend to Grace’s pool remains a mess with logs embedded in the river bottom. I have tried to convince Lawrie Donald of Waikato Regional Council to get rid of these obstructions while they had machinery working there but the machine was too small for the task from the Left bank. I shall ask again.

The tracks are in a good state. It amazes me how little time is required for anglers to create access to the river from DOC maintained fishing tracks. The Tongariro River Trail is being upgraded using prison labour to do the work. They are doing an excellent job.

The Tongariro River Trail is being well used. We are collecting accurate data to show usage.

This tiny looking wasp (about 5% of the size of the German wasp) is new to me. 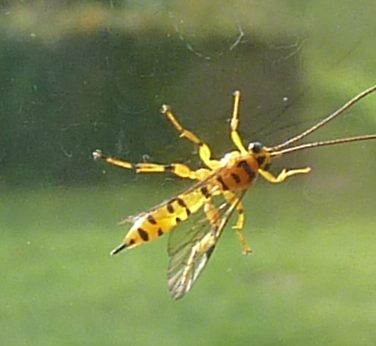 The wood pigeon, Kereru is now a regular in my garden which wasn’t the case 10 years ago 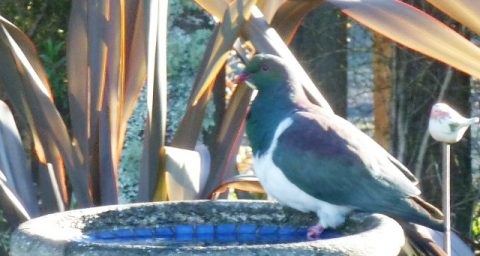