State of the river

I have left the Genesis 7 day graph at the end of this Update. The river tonight is running at 29cms (cubic meters per second). It will be nearer normal when it gets below 24cms. It is taking its time but the fishing was great when the river level started falling.

The digger finished its work in clearing the floodpath on the Hirangi Arm. There are massive piles of willows stacked and ready for burning. They will be left to dry and then burnt. The area will be sprayed when regrowth starts. It looks like a big burn up in summer.

The gravel extraction is still on hold. There should be some decision shortly.

The week was interesting weatherwise. -5 frosts followed by beautiful days have been the norm over the last two weeks. The weekend was mild but the southerly storm brought winter back with a vengeance, coating the area in snow. There was snow on the  lawns in Turangi overnight on Monday, and the lower slopes of Pihanga were also coated. A  family member had booked the Cook Strait ferry for 2.30pm. and only just made it in time, having to go the ‘long way’ through Wanganui as the Desert Road and Ohakune to Waiouru roads were closed. 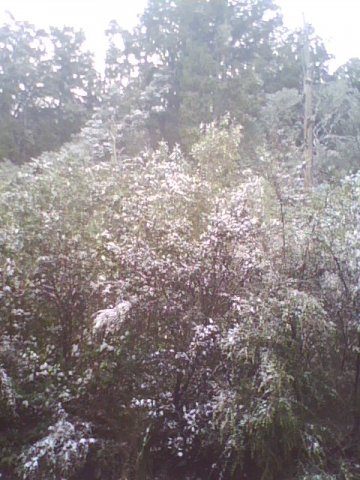 The fishing was pleasant despite it being colder than normal.

I have received a couple of emails on the  theme of  ‘River Capture’ – Bryce Johnson spoke to us about this in 2010 – and I think they push the same message that we need to protect our waterways. The letter from Doug Stevens who set up the www.nzfishing.com website, is political but worthy of a read. Also included is the link for the Walking Access Commission newsletter. http://www.walkingaccess.govt.nz/ Click on Latest News and open the pdf file.

If You Want to Protect Our Waterways, Pick Up Your Pen – By Grant Dyson NZ Fish & Game Public Awareness Advisor

When did you last see anglers on the steps of Parliament staging a protest?

It may never happen but perhaps it should: all freshwater anglers need to get up and fight harder for the resources – clean rivers and lakes – they claim to hold so dear.

In today’s world, recreational resources and access to them have never been under such extreme pressure.  In recent years we’ve seen an accelerating trend in the conversion of land to dairying, powerful corporate forces driving the trend. Add in the ‘normal’ urbanisation patterns – city sprawl – and the result is even semi-wild places for fishing and  hunting are under threat and in some cases disappearing.

What can you do? The answer in a word is lobby, and actively. Consider the steps taken by sea anglers and their lobby group a year or two ago. The normally indifferent rec sea fishers went into action when catch limits were under review. The group lobbied hard, and effectively, using the media to defend recreational fishing practices which were under attack from the fishing industry and they hammered away at government.

But you don’t need to join a group to have a say. With tools like email it’s never been easier to have your voice heard. Letters to editors of mainstream newspapers and current affairs magazines are an effective approach to lobbying issues into the public arena. MPs and other decision-makers take note of such correspondence, especially when a number of people voice the same concern. While, it’s all very well writing to Fish & Game Magazine or your other favourite fishing media, essentially you’re speaking to the converted so target your efforts at local daily and community news outlets.

An additional approach is to write directly to your local MP – tell your mates to do the same. The more people pushing the same issue, the more our elected representatives take notice. Speak up for continued access to recreational resources in your area – be they rivers, lakes or forests.

You could also pick up the phone to your local daily newspaper, community paper or radio station. You’d be surprised at how grateful the media can be if you make their life easier by offering good fresh quotes from someone affected by an issue.

The key message is, if we don’t become better at speaking out we’ll have to accept dwindling opportunities to go fishing and hunting. That would be a sad thing to resign ourselves to.

The second letter is from Doug Stevens who will be standing for Parliament at the election.

I have included an opinion piece for your next club newsletter. It is unashamedly a piece aimed at the next election as I believe that we need to be radical to ensure that the changes to legislation that we require to protect our fishing and hunting.  If you prefer please feel free to pass this along via email to all your members.

The High Cost of Doing Nothing

Gen. John Sedgewick said just before he was shot at the Battle of Spotsylvania Court House in 1864 while looking over a parapet at the enemy lines, “They couldn’t hit an elephant at this dist…”
History is littered with similar famous last words that have proven fateful.

Are we in New Zealand prepared to let our world famous and universally envied egalitarian fishing access die as we utter the words, “Oh she’ll be right”? Because if we do not do something, and soon, we will see New Zealand loose what we take for granted – our freedom of access to our lakes and rivers.

Already a number of our most famous fishing waters are closed to the ordinary angler and have become the exclusive domain of the wealthy.

A quick internet search will show you what we and our grandchildren will face. To fish just one kilometre of the River Test in Britain can cost around $800 or more per day. Many people state that can’t happen in New Zealand, we have the Queen’s Chain. But let me assure you that not only is it happening, there are already rivers in New Zealand that cost several hundred dollars for a day’s fishing.

Several rivers are now closed to the public unless you hire a particular guide, stay in certain accommodation or hire a helicopter from the right company. So when free access is denied by the landowners who then allows access to commercial operators, we are being forced to pay to fish some of the waters that we as the public own. And this trend looks set to continue.

So if the cost of doing nothing is to lose our rights to fish our best rivers and lakes, what must we do to stop it?

The answer lies in the ballot box. The laws set up to protect our egalitarian fishing and hunting rights need strengthening and this can only be done through parliament.

While it will almost certainly be a Key lead government after the next election, the question will be who will be the parties that will work with National with confidence and supply agreements. Only one party has stood up and said as part of any negotiations it will ensure that the laws surrounding access are strengthened.

Which party is that? It is UnitedFuture and they mean what they say as can be seen from this excerpt taken from one of their press releases.

“UnitedFuture believes that our outdoor heritage is central to what it means to be a Kiwi. We are committed to preserving our egalitarian rights of access to the great outdoors, including sports fish and game. Loopholes within our laws that contribute to situations of ‘exclusive capture’ need closing.

UnitedFuture will promote Fish & Game having the authority to manage commercial exploitation of trout fisheries with attached conditions to ensure fair and practical access for ordinary licence holders. Furthermore, we will strengthen the Walking Access Commission so that it is an advocate and arbitrator in access negotiations, rather than purely a mediator, and ensure that it has sufficient power to secure appropriate practical access to public resources on lands of all tenure.

Never before have we as anglers had such a good opportunity to get the representation in parliament that we need. If we want to restore the right of full, free access to our rivers; if we wish to stop the commercialisation of our sport and if we want our grandchildren to enjoy the outdoors in the way we have, then give your party vote to UnitedFuture.  If UnitedFuture could get 3.6% of the party vote it would have 5 MPs – a powerful negotiating force post election.

We owe it to our far-sighted forefathers who fought for the rights of all New Zealanders to freely access freshwater fishing and game animals. We also owe it to the future generations that we preserve this uniquely Kiwi way of life. The cost of doing nothing is much too high.

There are still few anglers around yet there are fish to be caught. I haven’t had great success but have enjoyed each day’s fishing with enough contact with fish each day to keep me happy. This scene is typical of the pressure on the river 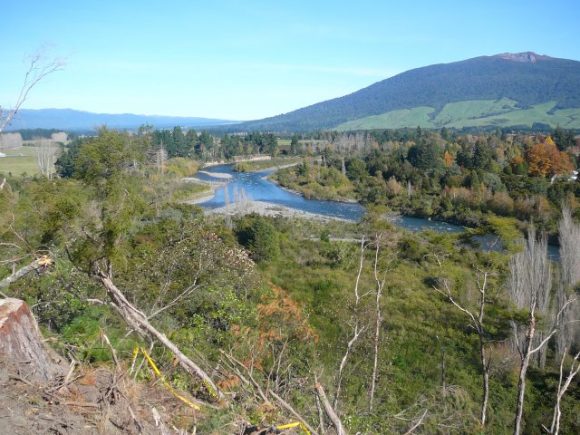 as is the scene looking south from the cleared hill above State Highway 1 bridge. It’s great fishing without angling pressure. 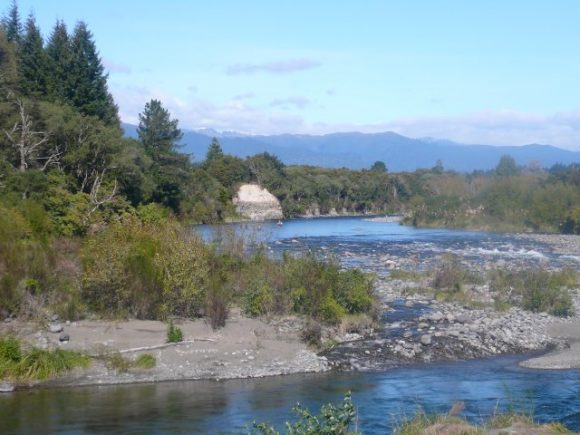